The Upper Thurne has long been recognised as an internationally important area for waterbirds.

Large flocks spend the winter on the open water to feed and roost.

It is important that these birds receive as little disturbance as possible so certain parts have been identified as winter wildfowl refuge areas.

If you are boating, fishing or canoeing in the area please avoid these wildfowl refuges. In some areas, like Horsey Mere which is designated of special interest, you can be fined up to £20,000  for intentionally or recklessly disturbing wintering birds.

For more information about how to enjoy the area while helping us to protect these special birds please download the leaflet on working together to reduce disturbance to winter wildfowl. 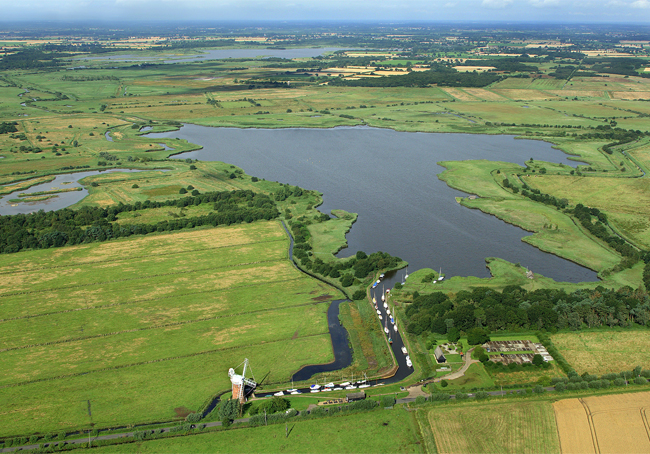 Horsey Mere is a particularly sensitive part of the Upper Thurne, supporting some of the largest populations of wild migratory water birds.  Between the start of November and the end of February boat access on the mere is limited to navigation between the end of Meadow Dyke and the Staithe.

Anglers can also use a small area in the southern part of the mere as long as they acquire a permit first. For permits please contact Robin Buxton.

Natural England sees any boating or fishing outside these areas as likely to disturb waterfowl and therefore an offence under the Wildlife and Countryside Act.

In the past much of the disturbance caused by boaters has been due to lack of awareness of the rules so we have put up a sign at the entrance to Candle Dyke asking boat users not to access the mere during the sensitive period.

The designated areas for fishing are under continual review. However, at this moment in time it is Natural England’s view that any fishing outside of the permitted area could cause disturbance to the waterfowl.