We have a 25-strong team of ponies who help us to look after the Broads through conservation grazing. 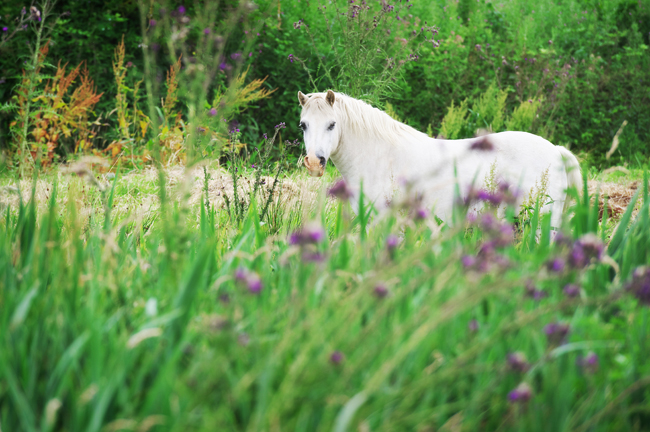 What is conservation grazing?

The Broads Authority has a 25 pony power conservation grazing team. The 25 ponies all graze wetland habitat as a way of achieving conservation management. This all started back in 1996, when after a Broads-wide survey of fen habitat and the production of a fen management strategy, livestock grazing was recommended as a way of managing large areas of fen. Following further research into animals, ponies were chosen and in particular, Konik ponies, a Polish breed used extensively in mainland Europe for many years. 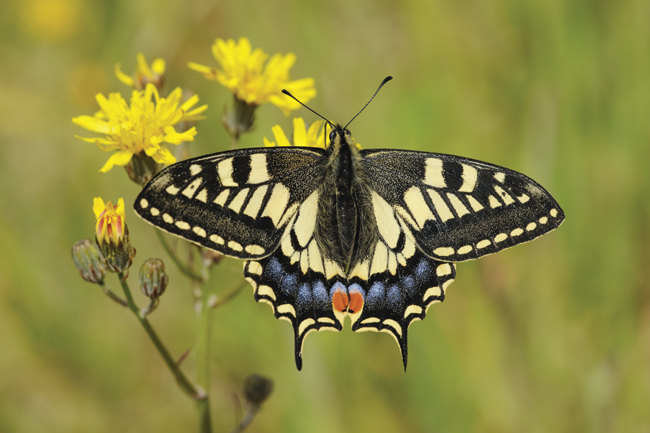 The Broads fens are areas of wet, marshy ground, situated on peat soils and regularly inundated with water either from the rivers or groundwater sources. They are home to a wide range of wetland plants, many of which are rare, and many associated insects, birds and mammals such as the rare swallowtail butterfly, the marsh harrier and the water vole.

Historically, fens were managed for their natural produce: reed and sedge for thatching, and marsh hay and litter for animal bedding. With the reduced demand for these products the management of many fens ceased and the process of natural succession was able to continue, resulting in a gradual loss of open fen to scrub and woodland. Many areas of fen have since been restored in the Broads as part of conservation management and promotion of thatch as a modern roofing material. Grazing provides a method of managing fens on a large scale. 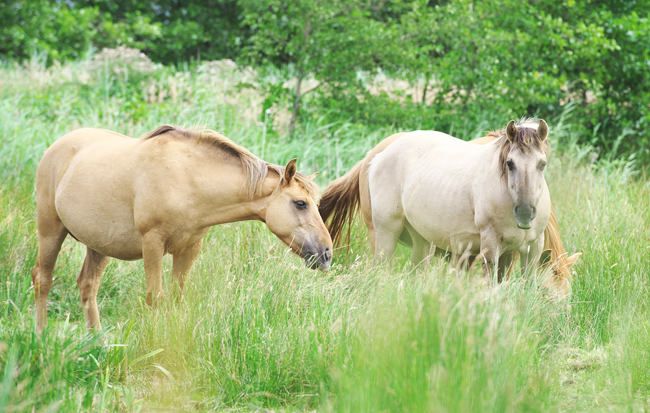 We obtained our first five Konik ponies from the Oostvaardersplassen Nature Reserve in the Netherlands and they were the start of wetland conservation grazing in the Broads. Since then we have increased the number of Koniks through a small breeding programme and a few more animals were obtained from the Netherlands. This breed is thought to be closely related to the Tarpan, the original floodplain horse of Europe, and indeed retains many primitive characteristics that make it very hardy and tolerant of difficult environments. This breed is now used in many locations across the UK. 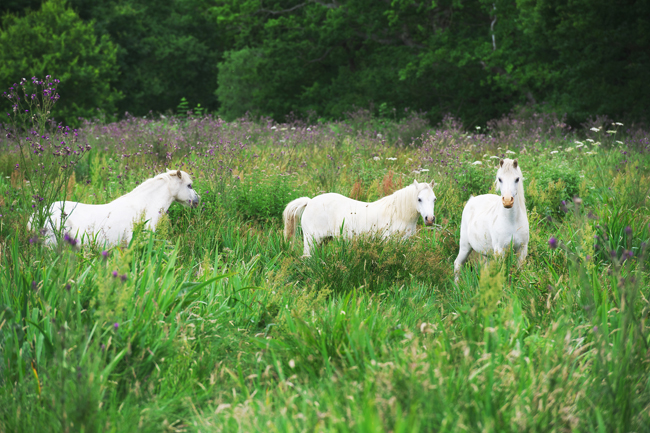 In 1997 we decided to obtain some Welsh ponies which were grazing on wetlands on the Llyn Peninsula and on the Isle of Anglesey. The Welsh pony has a long history of grazing the Welsh hills. Our ponies are the smaller type of Welsh pony, historically used as pit ponies. Their small size makes them ideally placed to explore sites that have soft peat soils and more delicate plants.

We have recently acquired two rescue ponies. One, named Boston, looks and behaves very like a Konik despite different breeding. The other is Bella, a Welsh pony. Both these ponies had experienced some difficulties settling into domestic life and we were able to offer them a more natural existence. They have been placed on drier sites that are not too challenging and both have quickly settled into life in the Broads.

Ponies are selective grazers – they choose to eat certain plants and generally prefer grasses and other fine-leaved species. On fens, this means that they will choose to eat reed, rushes and sedges, while avoiding the broad-leaved flowering plants that provide some of the fens’ botanical interest. The ponies are free-range and choose where they wish to eat, so some vegetation is eaten short, some is just nibbled and other areas are not eaten at all. This mosaic effect produces lots of different habitats, creating the right conditions for diverse plants and animals.
Horses and ponies are inefficient digesters, so they spend a lot of time eating – on average 18 hours out of 24. Understandably, this means that they can get through considerable amounts of food! This is useful because fens are very productive but we also need to ensure that these sensitive sites are not over-grazed. This is why we use extensive grazing, with low numbers of animals so that the fen vegetation is grazed with a ‘light munch’.

Our ponies range in age from 11 to 27, with the majority in their late teens. The breeds chosen are able to roam and keep in good condition with minimal human intervention, though we have a team of trained staff responsible for the welfare needs of the ponies. All of the ponies are regularly checked by staff and have a twice-yearly health check with a vet and farrier. Any health concerns that arise at other times are dealt with promptly and with veterinary attention if needed. However, through appropriate breed selection, social grouping and careful consideration of individual requirements, the ponies rarely need additional attention. Both the Konik and Welsh ponies have proved very adept at grazing the Broads fens.

Where do the ponies live and work?

Our 25 ponies are separated into several small herds, grazing on land owned by the Broads Authority and others. Two groups of Konik ponies graze year-round on large sites that have a variety of habitats and provide the food, shelter and other welfare requirements. One of these sites is Buttle Marsh at How Hill National Nature Reserve, which you can see from footpaths between How Hill and Ludham Bridge. The Koniks are exceptionally well camouflaged when the reed turns brownish-gold in the winter so spotting them can be tricky! Boston lives with the year-round herd at Buttle Marsh.

The other ponies, a mixture of Welsh and Koniks, move around during the year and graze a number of smaller sites in smaller social groups. These range from our wild flower meadow and marshes at How Hill, to privately owned sites in the surrounding area. When the ponies are at How Hill during the summer months you can see them from the wildlife walking trail. All of these ponies are brought back together on dry land for the winter as the summer sites are too wet to support ponies throughout the year.