We have a busy programme of water plant management which helps us to maintain a balance between the requirements of boaters and the conservation of habitats for wildlife. 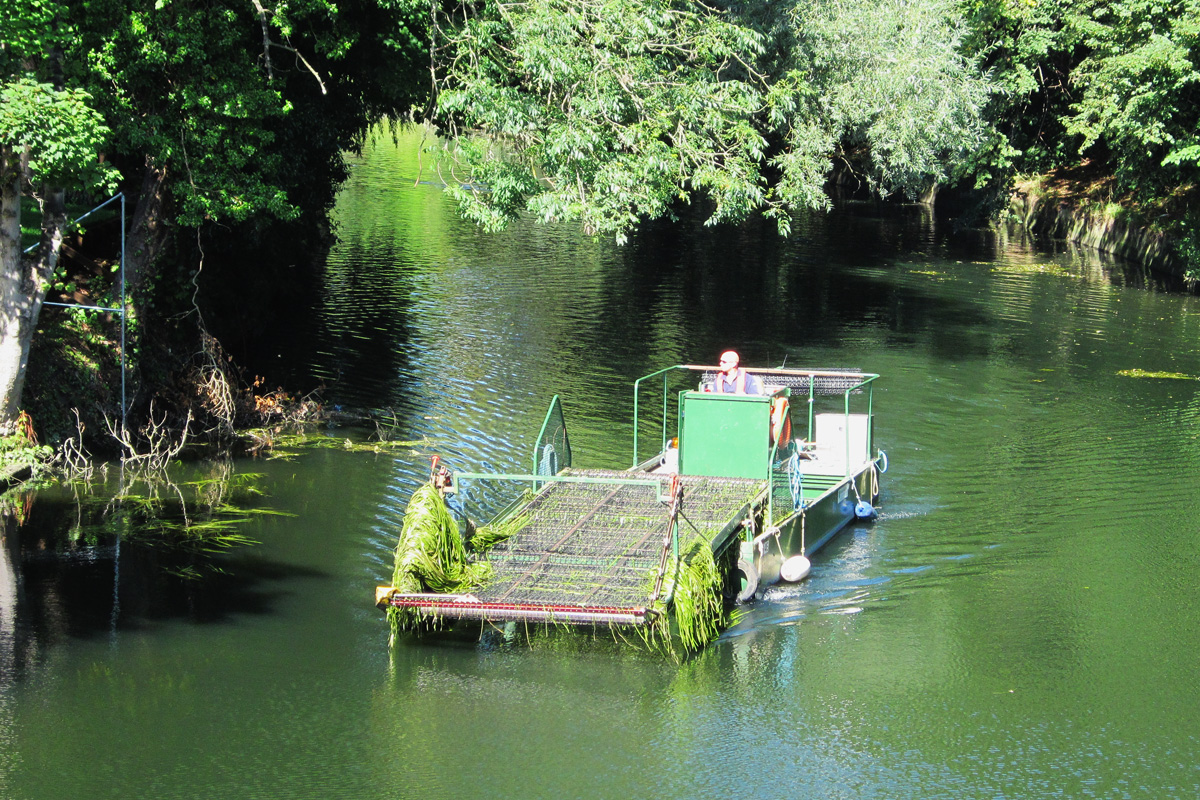 The waterways of the Broads provide an important habitat for a number of water plant species which provide refuge and sources of food for fish, birds and water invertebrates. Water quality has improved significantly since the high levels of pollution seen in the Broads during the 1970s and 1980s. Many plants, invertebrates and fish have returned to the area and it is now home to a quarter of Britain’s rarest species of wildlife.

However, plant growth in certain areas can severely impact upon the navigation, meaning that there may not be clear access in the rivers and marked channels if the plants are not managed.

The presence of underwater plants in rivers and broads is often mistaken to indicate poor water quality. However, oxygen-loving water plants only thrive in cleaner water and their abundance is evidence of the efforts of the Authority and partners over the last fifty to remove the harmful nutrients and contaminants which had previously polluted the broads.

Environment Officers and Rangers will identify cutting locations by working with the sailing community, partners including Natural England and by monitoring the local environmental conditions necessary for aquatic life. Cutting locations vary depending on where weeds spread during the growing season, changes in temperature and oxygen levels in the water.

The final locations are then planned by Environment Officers, who monitor variations in temperature and oxygen levels in the water before scheduling in the cutting by the Operations team. 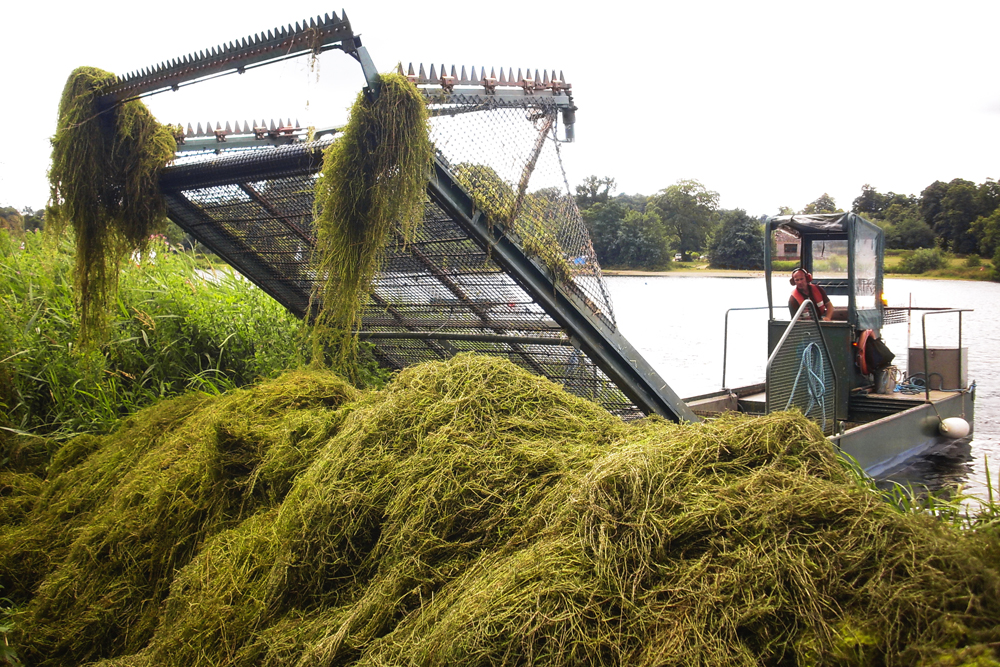 The cutting season generally takes place throughout the summer from April through to October. During warmer months the plants are likely to be growing more vigorously due to favourable temperatures and conditions although after October they will die down naturally.

The Authority has two cutting vessels. Each has a set of cutting knives attached to a conveyor belt, which cut the plants about a foot above the riverbed. Removed plants are usually placed in low heaps on the bankside.

Plant cutting must not take places where rare and protected species of plants or populations of fish occur and we must also leave a sufficient amount of vegetation under the water and along the river margins. 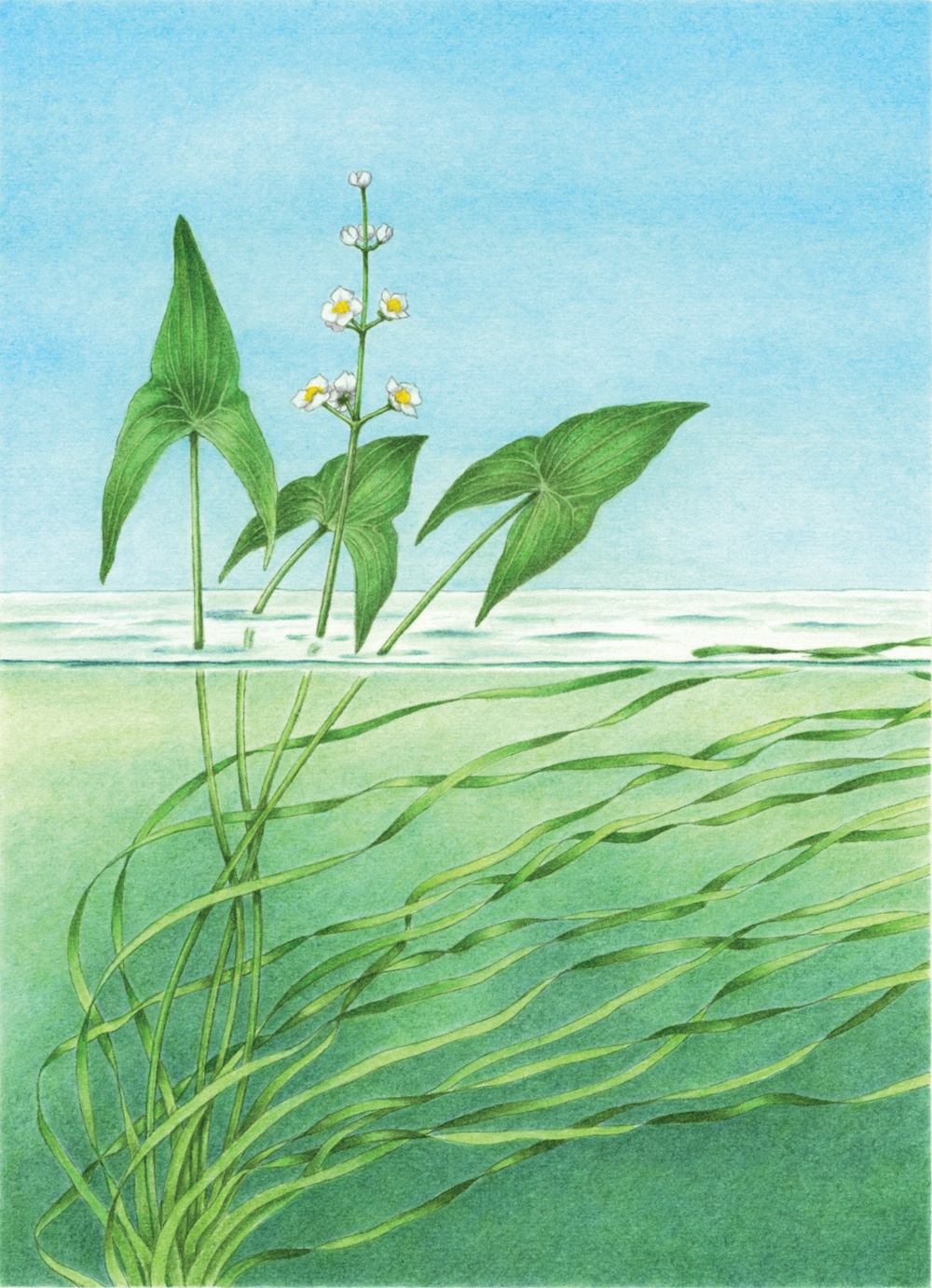 There is a lot of variety when it comes to water plants, some have fully submerged leaves, several species have floating leaves and some are even free-floating without roots. Growth of water plants depends on water clarity, as murky water blocks the light that the plants need to grow.

Below are the top five species that we cut in the Broads.