As you paddle from Bungay Staithe, here’s a glimpse over the wave. 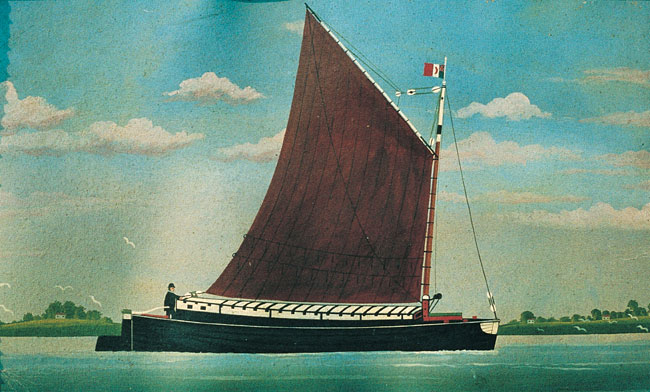 Bungay Staithe was once the focal point of the town. A staithe is an area of land where ships or river craft may tie up and load or unload. All goods arrived at and were despatched from the staithe, loaded on to river going cargo boats called wherries. Wherries were once common on the Broads. Roads were often in poor condition and did not allow easy transport of people, goods or equipment. River trade and transport were a major source wealth along the river Waveney until 1934 when navigation by large boats ceased on this section of the river.

You can watch this video about the Wherry Albion.

Wherry construction
Another source of income for Bungay was the construction of wherries. This was due to the quality of local oak trees and its convenient position on the Waveney. Trading wherry Albion was built at Bungay and can still be seen sailing – offering trips throughout the Broads area with the Norfolk Wherry Trust. You can locate the old mooring dykes for the wherries here, with their bricked banks, and oaks still grow near the staithe.

Three corn mills
Looking towards the town from the portage you can see an old mill – there’s been a mill standing there since 1618. Originally there were three corn mills and in 1784 one of these was converted into a paper mill. The mill which is still standing has been burnt down twice and rebuilt. It was badly damaged by fire a third time in 1902. During the American War of Independence, 1775-1783, Bungay Mill supplied flour for export to America. 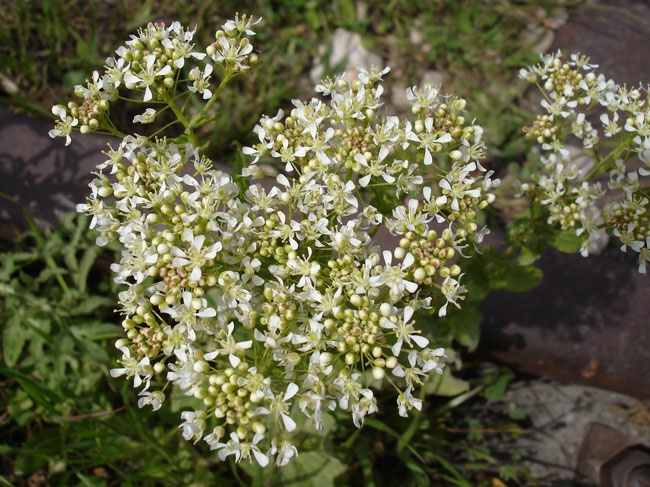 These scented flowers sway gently in the breeze on the riverbank. The elegant, white, feathery flowers with distinctive red steams were used in medieval times – they were strewn on church floors for the strong, sweet smell. The flower heads are rich in salicylic acid, the chemical which led to the discovery of acetylsalicylic acid, more commonly known as aspirin. Pick a leaf only and crush it in your hands, in particular the red stems. What does it smell of? It’s also a natural antiseptic.

Stealthy fish
In this area large chub are present, swimming stealthily through the water under overhanging trees and undercut banks. They have a large head with a protruding upper lip. Their backs are a dark grey or brown colour, changing to yellow along the sides, while the fins are a shade of orange. 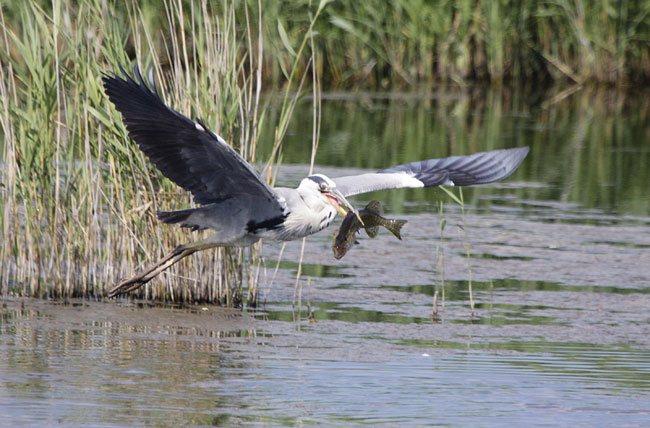 Stealthy hunter
Along the bank edge you might see a distinctive grey figure, still as a statue, with yellow eyes peering across the water and waiting for an opportunity to strike its prey. This is the grey heron, with its long, yellow legs and grey, black and white feathered body, with a wing span of approximately 1.8m. The neck will be hunched back to its body ready to spring an attack, its long beak poised to crab any unsuspecting fish that passes by. Often a number of herons will nest together – there have been records of up 400 together. If disturbed they will regurgitate their last half-digested meal. Under a heronry you can see the remains of what they have caught, such as fish, amphibians and small mammals. In medieval times herons were roasted for banquets – young birds were regarded as the finest to eat. A local name for a heron is a harnser.