As you paddle from Geldeston Lock, here’s a glimpse of wherry stock.

Carriage by any Boat or Vessel 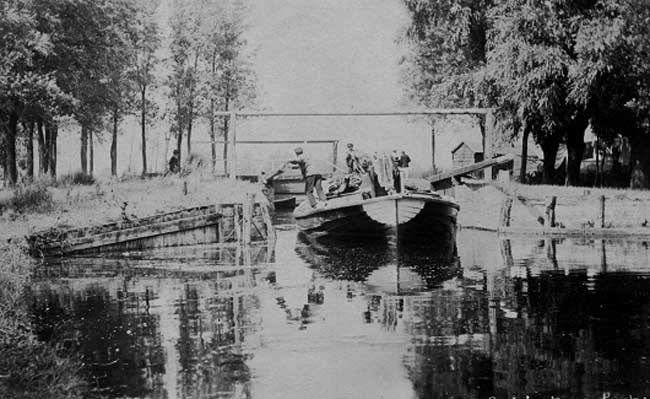 In the 1670s locks were built at Geldeston, Shipmeadow, Ellingham and Wainford to improve the navigation of the river between Beccles and Bungay. There was a charge payable at each lock for using the navigation:

Sailing wherries were the main cargo boats on the Broads and were still working up to Bungay in the 1920s. 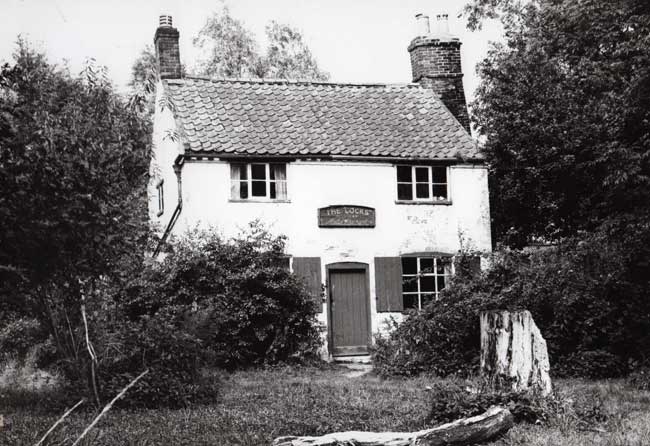 The inn is said to have been built in 1560 and rebuilt or modernised in the 1660s, with a liquor licence also granted in 17th century to try to stamp out smuggling. The cottage certainly had a beer licence by 1768 and in 1884 the building was a free public house called The Lock House. In 1903 the landlord could remember that when he was a boy Geldeston Marshes was a site for illegal prize-fighting. A site on the county border was handy – if the police turned up the culprits could nip across the river and be in a different jurisdiction. The inn later became a popular destination for visitors who were part of the booming Broads leisure industry from the 1930s onwards. In 1973 it was bought by the Great Yarmouth Port and Haven Commissioners, mostly for its good moorings. At end of the 20th century it closed for a few years but in 2000 it was bought by the Green Jack brewery.

You might also like to look at The Geldeston Lock project for teachers and students – it’s the story of the Broads in miniature told through the history of one small village. 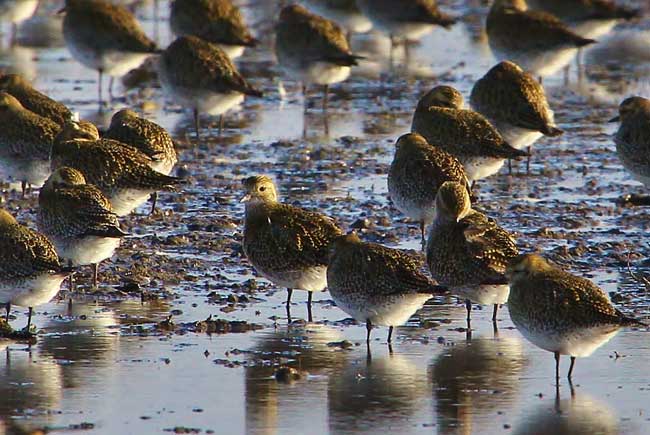 In the winter flocks of around 1000 golden plover feed on the wet meadows around the Locks Inn. They have a distinctive black and golden back and their throat, chest and belly are yellow in the winter. They have a piping call which often announces their presence before you can see them.

Thickset fish
Look out for chub swimming under the footbridge. They are a thickset fish with a large, blunt head, a long, cylindrical body and large, greenish brown scales. The flank is a lighter golden colour and the tail is dark brown or black with orange or red fins. Nicknames include old rubber lips and loggerhead. They are found over gravel or stoney beds in well oxygenated water where there’s a plentiful food source – small fish, crayfish, insects, and seeds and fruits that have fallen in the water. 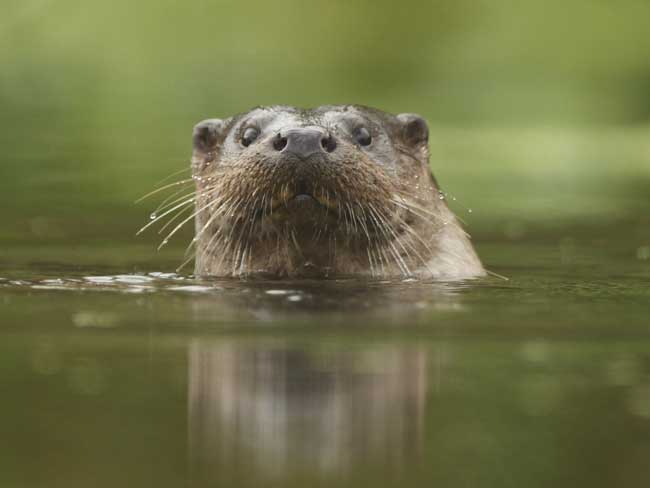 Otters are one of the top predators along the river Waveney. If you’re lucky you might see one effortlessly swimming along the bank edges. They have a superbly streamlined body, a tail like a rudder and dense brown fur (cream on the belly and chin) for waterproofing. Nearby at Earsham the Otter Trust released 117 captive-bred otters between 1983 and 1999, the majority on East Anglian rivers. The trust closed in 2006 – the otter population had grown so much that it was no longer needed. Otters swim by two methods – slowly moving through the water with their webbed feet spread out like paddles, or by swaying their whole body from side to propel them through the water to catch prey. Their varied diet includes frogs, crayfish, fish, water birds and small mammals.