Listen to the words of Broads people 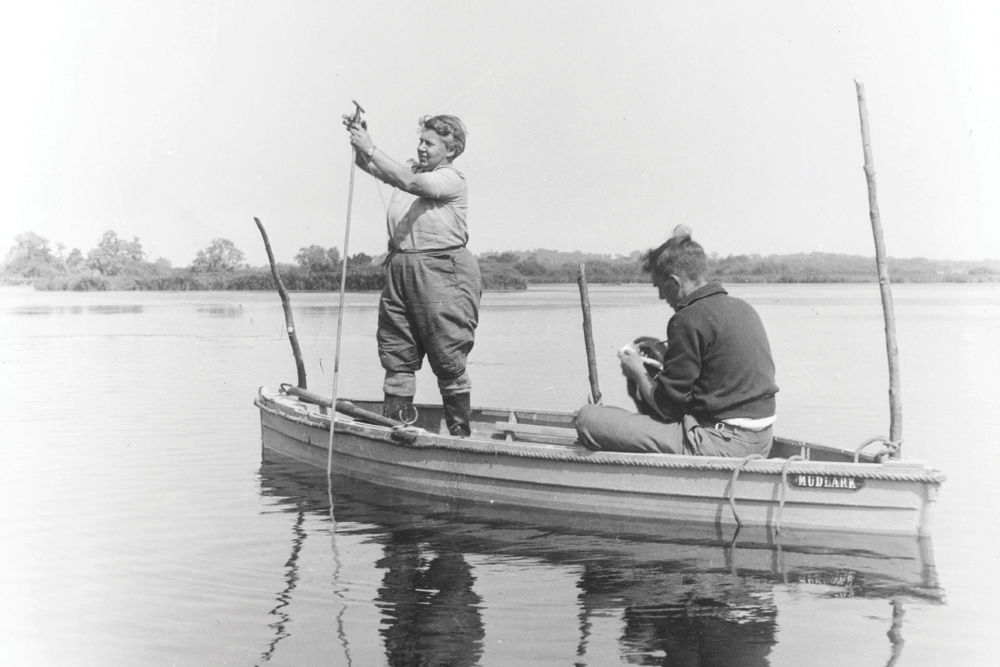 This is a series of historical audio recordings of people from the Broads National Park. They give an insight into the life of the Broads, whether people are telling us about scientific research that changed views about the origin of the broads, or what it was like to be out on the river in the early morning, ready to lift the eel nets.

With the exception of one, the recordings were all made by David Cleveland, film-maker, film archivist and writer, who has very generously allowed us to make the voices available on our website from his own audio tapes.

If you require transcripts of any of the recordings due to accessibility purposes please get in touch with us and we will try to accommodate your request.

You can go to Key people to read about Joyce Lambert and Ted Ellis.

Joyce Lambert (1916-2005) was the botanist whose research confirmed that the broads were man-made, leading to publication of The Making of the Broads in 1960 by the Royal Geographical Society.

Ted Ellis (1909-1986) was a naturalist, writer and broadcaster. He called the Broads ‘a breathing space for the cure of souls’. He’s talking here at Wheatfen on the River Yare in Norfolk.

Arthur Waters (1884-1967) talks of his work as a wherryman, transporting cargo in Norfolk, mainly on the North Walsham and Dilham Canal.

Nat Bircham (1906-1981) tells us about his life as a wherryman on the Broads in Norfolk, working on trading craft in the winter and pleasure craft in the summer.

Jimmy Biggs (born 1910) was a boat builder. He worked at Allen’s boatyard in Coltishall and later worked on the wherry yacht Olive, now part of Wherry Yacht Charter Charitable Trust’s fleet of wherries at Wroxham.

Listen to the recording (recorded around 1980, recordist unknown, 9 minutes duration)

Harry Westley (born about 1929) was a cargo ship skipper. He’s talking to us as the ship he was skipper of, Palbro Pride, was coming up the river to Norwich from Great Yarmouth.

Bill Gates (born 1905) tells of his life as a wildfowler on Breydon Water, close to Great Yarmouth in Norfolk.

Derek Johnson (1927-2012) talks from his eel hut at Acle on the River Bure in Norfolk, about life as the last eel catcher in the Broads.