Dredging is one of our key tasks, both to maintain adequate water depth for boaters and as part of our work to improve water quality. 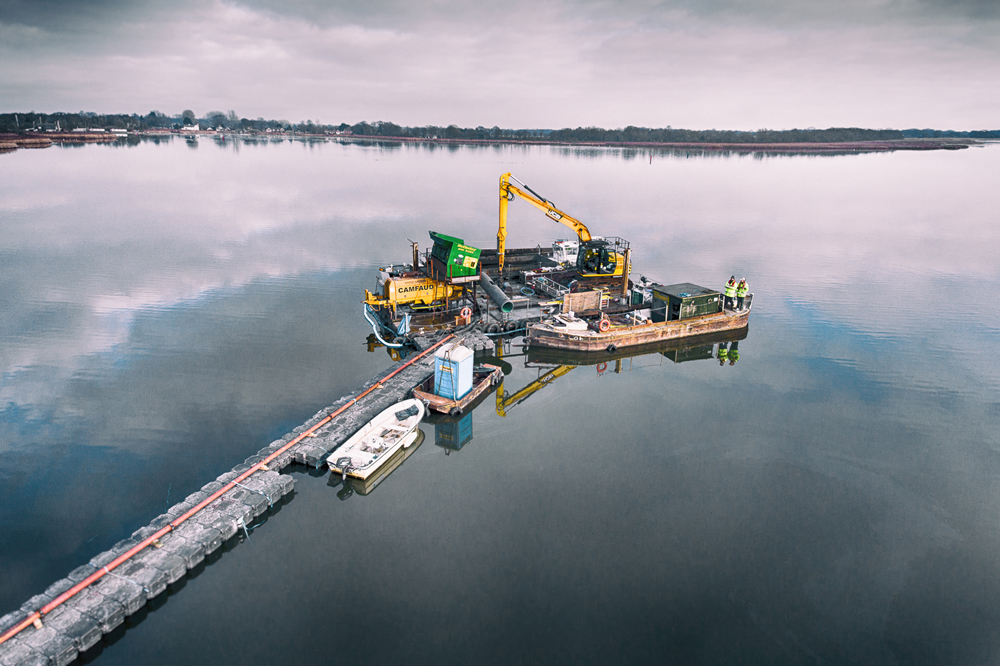 Over the years, sediment has increased as a result of environmental changes including increased algae in the lakes and soil erosion. We hope improvements in water quality, measures to reduce bank erosion, to improve bank protection and to manage flood risk will lessen the need for dredging.

To protect navigation channels and this internationally important wetland we aim to:

The two dredging methods routinely used are grab (or excavator) and suction. Suction dredging uses a floating platform with an engine that powers a pump. The sediment is passed along tubes to an adjacent disposal site, often a field of low ecological quality.

Furthermore, the Authority’s maintenance dredging activities in the Broadland rivers generates thousands of tonnes of sediment each year. In the short video below, filmed near Stokesby on the River Bure, dredged sediment is being used to strengthen the floodbank which protects the land behind from high water levels. The reeded edge of the river is also in the process of being restored so that the future reed grown for thatching is as healthy as possible.

We have won awards for our innovative dredging techniques which were developed and carried out under the Promoting Integrated Sediment Management (PRISMA) project.

PRISMA was a European Regional Development Fund project under which we were given £800,000 which we have match-funded for implementing dredging solutions in the Broads. It involves working and sharing expertise with Dutch, Belgian and French partners allowing us to:

One of the three key projects in the Broads was rebuilding a bank and reed bed at Salhouse Broad, which was awarded the UK's first Working with Nature Certificate of Recognition, one of only three to be awarded in Europe. It was also commended in the 2013 Water Renaissance Awards.

The other PRISMA projects were the creation of a spit of land in Duck Broad using gabion baskets filled with dredged sediment and the commission of a new mud wherry. You can read more about all of these schemes on our Projects page.