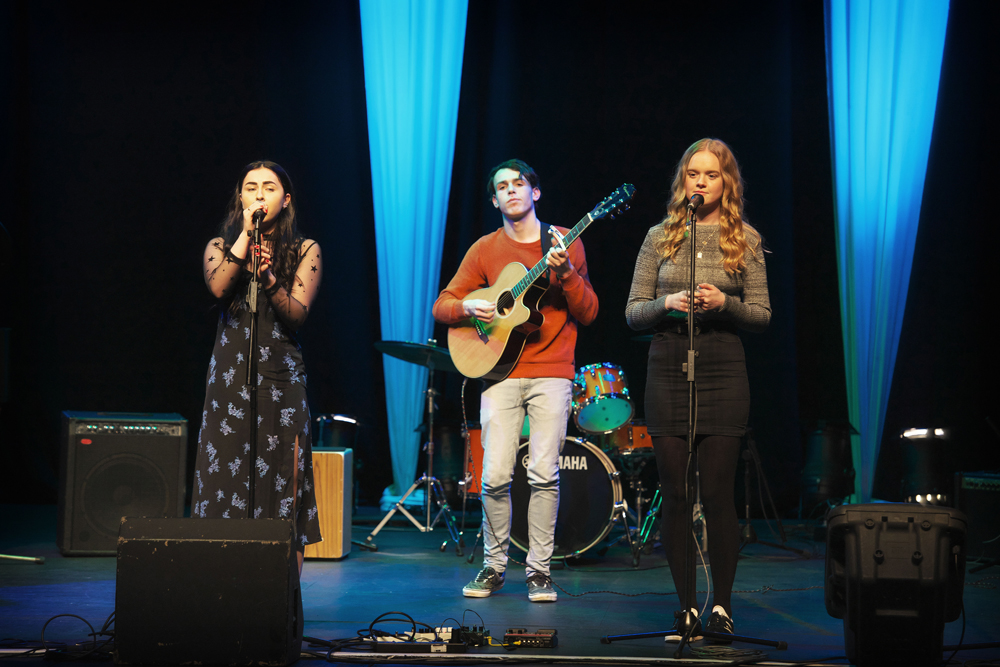 The evening showcased 14 original compositions by 25 music students from Sir John Leman High School, Beccles and Lowestoft 6th Form College. It will feature group and solo performances ranging in genres from classical and rock, through to ballads and jazz.

The students’ album was inspired by exploring iconic locations in the Broads National Park. They visited Thurne Mill, Halvergate Marshes, Burgh Castle and Filby Broad, as part of the Broads Authority’s Water, Mills and Marshes: the Broads Landscape Partnership funded by the National Lottery Heritage Fund.

Event organiser, Terry Osborne said of the concert,“This is the second Broads Album produced by local students. I never cease to be amazed at how, from the fact-finding trip, so many young people draw differing inspiration and then have the ability to produce high-quality original pieces.”

The first Broads Album was made by students of Lowestoft Sixth Form College and Pakefield High School in 2018 (after spending time immersed in the Halvergate Marshes area) and is available on SoundCloud. You can also listen to the second Broads Album on SoundCloud for free.