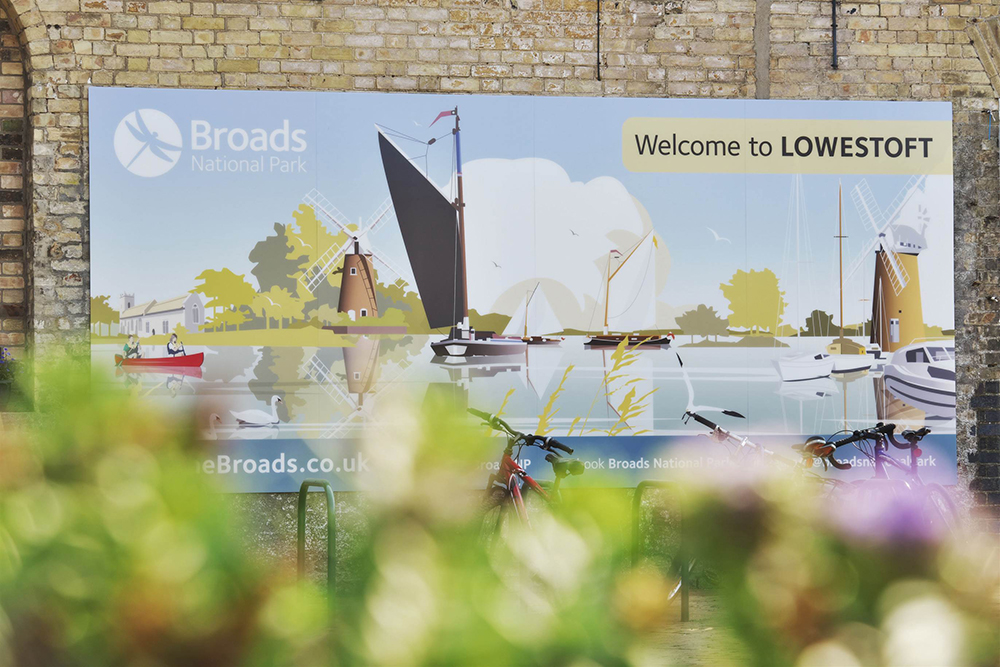 A Broads partnership team unveiled a new artwork at Lowestoft Railway Station, as part of a larger scheme to promote tourism by rail within the area.

Earlier this year, this ongoing collaboration saw a superb new Tourist Information facility open at Lowestoft Station and on Friday, the unveiling of this spectacular mural which both celebrates and promotes links between Britain’s most easterly town and the Broads.

The new mural was commissioned by a joint tourism initiative between the Wherry Lines Community Rail Partnership and the Broads Authority.

The Broads is of huge importance to the region combining a unique natural habitat with a host of leisure and tourism benefits. With the hugely expanded Carlton Marshes nature reserve located on the edge of Lowestoft likely to bring many thousands of additional visitors to the Broads, the Wherry Lines Community Rail Partnership together with the Lowestoft Central Project has been working with the Broads Authority over several years to promote the Broads. 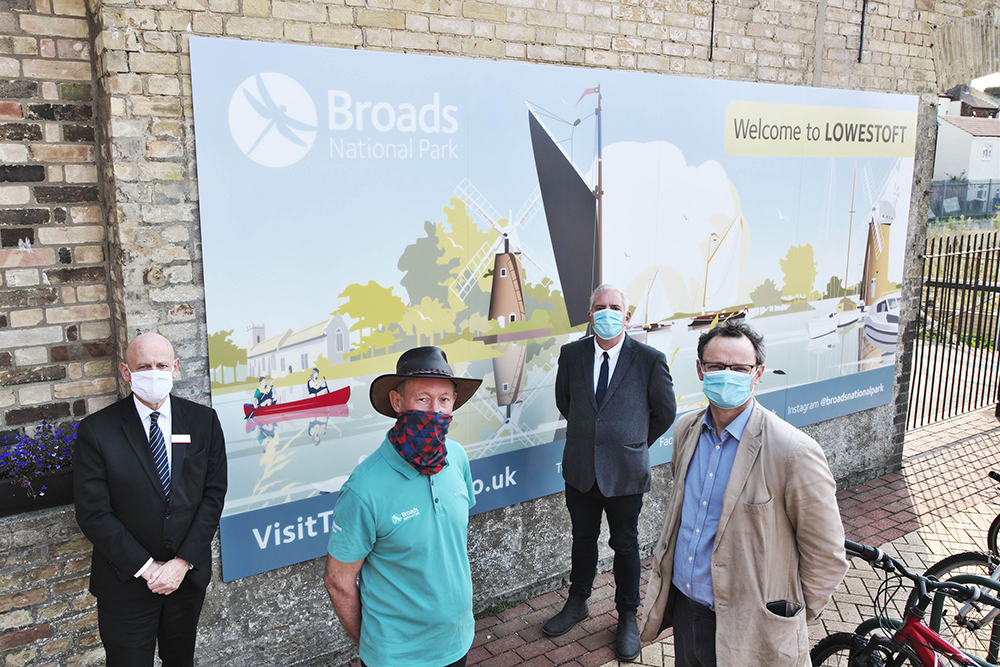 Initiatives have included a hugely successful education project with the Water, Mills and Marshes Landscape Partnership and rebranding of stations within the Broads to promote tourism and bring a sense of unity across towns and villages along the routes served by rail.

Martin Halliday, Development Officer at Community Rail Norfolk, said of the project “The railway plays a key role in connecting communities across the Broads, with Greater Anglia’s Bittern, East Suffolk and Wherry Lines and it also provides sustainable transport for people to venture out and enjoy this superb natural resource.

“We are pleased to work closely with the Broads Authority to create a new tourism facility at Lowestoft Station, a key connection for those wishing to explore this beautiful area.”

Broads Authority Chief Executive John Packman said “We are delighted that Lowestoft is the latest station to have received a Broads National Park mural. It joins Norwich Station, Great Yarmouth station and Norwich Airport, that have also have had murals installed during the last few years.

“Lowestoft town is an important gateway to the Southern Broads and this mural will help to signpost visitors to the Broads.”

Peter Aldous, Member of Parliament for Waveney, said “I am delighted that the Broads Authority, the Lowestoft Central Project, Greater Anglia and the Wherry Lines Community Rail Partnership are working so positively together, creating a superb tourism hub at the station.

“This partnership showcases the beauty and tranquillity of the Broads National Park to both visitors and residents alike and in doing so, helps to boost the tourism and leisure industry, a vital component to our local economy.”