An exciting youth engagement project is helping to introduce young people to the wonders of the Broads, by train. 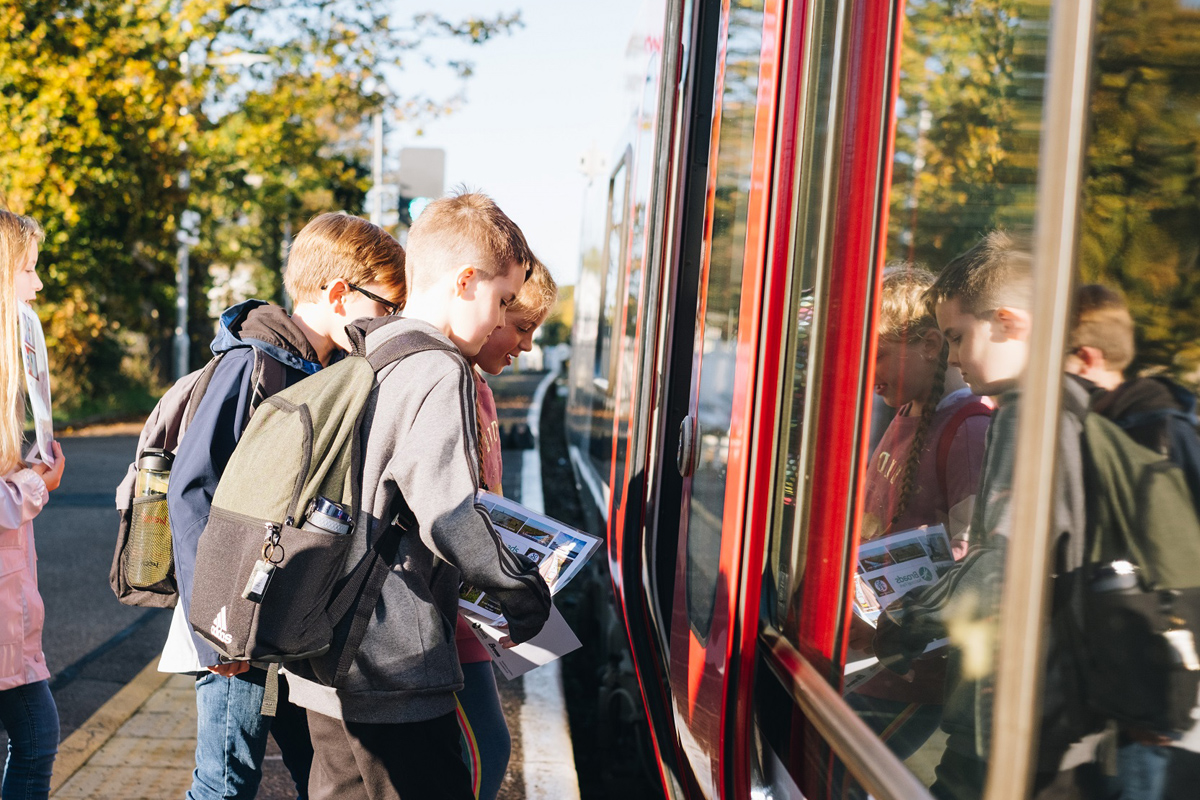 The ‘Rails, Sails and Trails’ project, managed by the Broads Authority’s Education team and funded by the Wherry and Bittern Lines Community Rail Partnership, provides opportunities for young people and families who wouldn’t usually see the Broads by rail to get out into the landscape.

The project takes schools and families by rail to stations along the Wherry Lines, where they take part in activities and create artwork based around the people, places and heritage of the Broads and Wherry Lines - the railway network connecting Norwich, Great Yarmouth and Lowestoft.

School children had a visit from the project team to introduce them to the Broads through presentations, games and models, followed up by a day out on the train via the Wherry Lines.

Heading out with Oulton Broad Primary School, the train made its way through grazing marshes, past rivers, and drainage dykes. The children caught glimpses of Chinese water deer, buzzard, kestrel, marsh harrier and iconic drainage mills dotted across the landscape.

For some of the children, this was their first ever time travelling on a train. One child was, “feeling really excited” about their first train trip, and another child felt “a bit nervous”.

“There's a bird of prey, up there! I just love nature”, said Evie, aged 9, in one of their tasks to see what they could spot from the train.

Some children head out regularly in nature but for many this was a new experience. On their journey through a typical Broads landscape, students learn about the history and wildlife of the Broads and how trains gradually displaced the wherry - the local, traditional trading boat - as the main form of transport across the region. 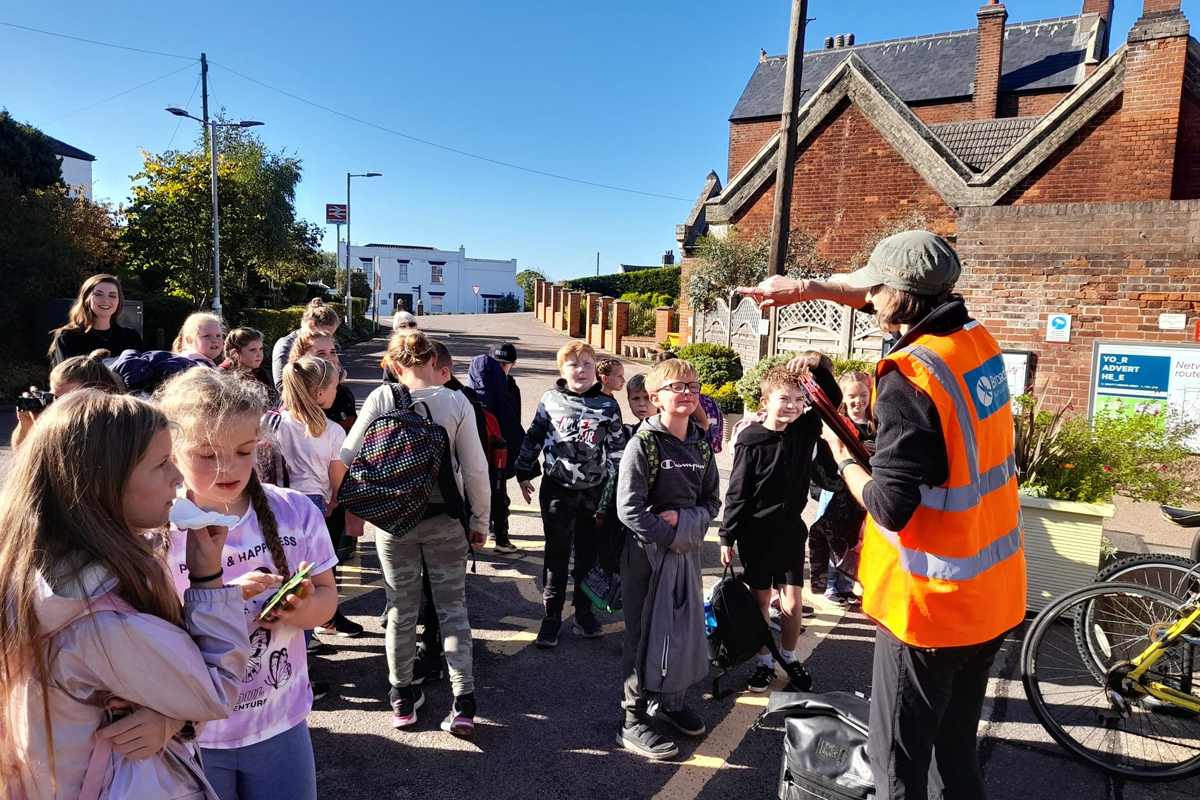 They discovered the rich history of Reedham village, looking at photos of the railway and its staff in the 1930s/40s and imagining what the station would have been like 100 years ago. They compared current riverside life to Victorian times and saw Sanderson’s boatyard, where wherries Hathor and Maud were built when it was occupied by Halls boatyard.

They met with a Broads Ranger, Julie and asked her whether her Ranger launch had any sirens, whether she was ever nibbled by ducks and if being a Ranger is dangerous.

At Broom Boats in Brundall, artist Julie Bolus helped the children capture a Broadland scene with stencils and make a giant collage of their journey.

“It’s been great to see the enjoyment that the children get from coming to the Broads. Many of them hadn’t visited before and had imagined that it was like a playground park to play in.

“They now understand that it’s a wild place, and that they can still explore but in a different way. There will be some long-lasting memories formed today of being out on the train, and hopefully, they’ll come out with friends and family to enjoy the Broads again.”

“The children now have a real enthusiasm and excitement for their local area, and an appreciation of where they live as being special.

“Learning in a different environment, getting them outdoors, on a long walk and on the train has really enriched their school experience.” 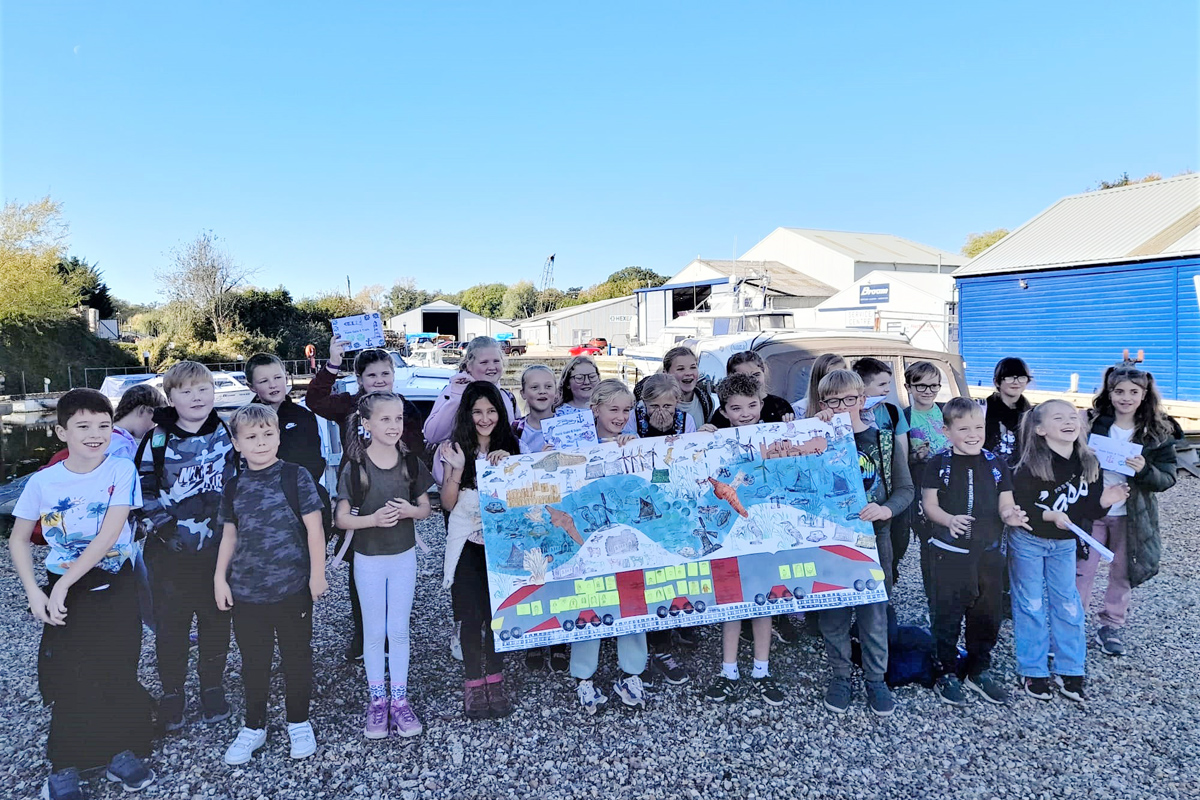 Amelia, aged 9, said: “My favourite part was on the walk, we saw the old building where they made the boats and wherries. I didn’t know that trains were running so long ago.”

“I liked walking around doing fun activities in Reedham. We learnt about old jobs and we looked for clues to see if those jobs still exist. I didn’t know that some of the windmills don’t have sails anymore.” Tessa, aged 9.

The ‘Rails, Sails and Trails’ project ran from August through to December 2022. Another visit involved twelve young people supported by the Henderson Trust charity. As part of an exciting day out, they visited Suffolk Wildlife Trust’s Carlton Marshes Nature Reserve.

New Routes Integration - a charity supporting refugees, asylum seekers and migrants through promoting cross-cultural integration and community awareness – also took a group of 31 people on their first trip across the Broads by train, stopping off at Oulton Broad North and visiting Nicholas Everitt Park, before going on to Lowestoft.